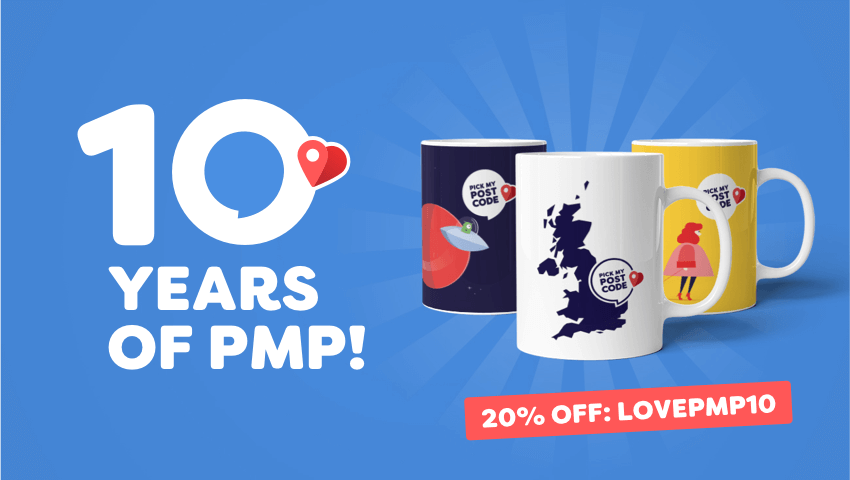 10 years ago today I turned to my colleague at work and said “look at my new website”. After I convinced him it wasn’t an April Fools’ hoax, he became the second person to sign up to what was then called Free Postcode Lottery.

I posted it to Facebook and watched as familiar email addresses and postcodes dripped in to the database. By midday, news had spread fast enough for the first ever winner to be someone I had never met in E14. I was £10 worse off, but it felt amazing.

Even better, was when I started making enough money back from the ads to pay for the daily tenner – about 6 months later. As the traffic grew, so did the prizes, and the recognition from press and money saving websites. In February 2015 I was able to leave my job and do this full-time.

It hasn’t been easy though. Even in the first few days I had to really push to drum up interest, and convince sceptics that this wasn’t some kinds of scam. We still get wild accusations, despite having a very healthy Trustpilot rating.

Then there were the bans from Google for being “gambling”, and getting sued by the already irritating gambling company who accused us of copying them, while being stolen from by our own member of staff.

Of course, the last year has also been tough for us, as it has been for most. At the start of the pandemic, nearly a year ago, we put the daily prize fund down because our ad revenue had collapsed. But things are looking up. Our Survey Draw surveys are starting to attract customers, Google seems to get us now, and we have very smart team who aren’t (I hope) stealing from us.

We are still recouping losses that we made at that time, and frankly, the few tough years before. We hope to get more generous again soon, so thanks for your ongoing patience.

For now though, I’m very pleased to announce our new PMP Shop where you can buy personalised “I love N4” (or whatever your postcode area is) T-Shirts and a range of PMP mugs. All created by our wonderful designer, Kat.

Throughout April we’re offering 20% off of the normal prices to celebrate our birthday. Just use the code LOVEPMP10. We’d love to give 100% off, but that would get very expensive, and we make a bit of profit to help pay for the costs of keeping the shop online. Hopefully we’ll sell enough to keep it open past April… Kat loves designing mugs. A little bit too much.

Thanks to you for making the last ten years and £1.3 million possible, whether you’re a Dave Moore or a newbie. We love doing what we do, and we reckon we’ll be doing it for decades to come.

When scrolling through social media, you’ve probably noticed a lot of content surrounding Bitcoin, NFTs, Dogecoin and all kinds of other cryptocurrencies and money-making schemes, but what are they? In this post we will focus on Bitcoin and explore what it is, why people are investing and how it started.   To begin, let’s talk … Read more

Another (🤔) interesting year is over. 2021 was, of course, dominated by the pandemic and has ended in a cliffhanger as our scientists (🙏) work out quite what this new variant is up to. But, we’ve ended the year mostly vaccinated, having started it only a couple of days after the first vaccine was approved. And… PMP members collectively claimed over £283k for free! … Read more

2020 is over! How was it? OK, it was awful, but some good stuff happened, most of which I suspect we’ll only fully appreciate in retrospect. For now, we can be pleased that 2020 did a lot for science, the air, the South Korean film industry, and for neighbours. … Read more

Paypal are introducing an annual fee of up to £12 for inactive accounts. Here’s how to avoid it. … Read more

The average winner on PMP walks away with an extra £25.36 on average. Why? Because they build their Bonus. Here’s how. … Read more