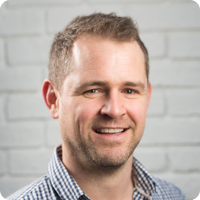 I must admit I tend to ignore the offers we host on PMP. Mostly because I’m too busy. Every once in a while though, I stumble upon one that genuinely improves my life. Audible helped me get healthier a while ago, and now Simply Cook is transforming my dinners.

Embarrassingly, we’ve been promoting Simply Cook for as long as I can remember, but I never thought to try it until I signed up to the trial offer, where you get your first four meal kits for £3, to test the Bonus tracking was working… I set a reminder to cancel before the full-price boxes (£10 for four meal kits) started arriving. But I didn’t. This is why.

It’s really good value
After the trial box, meal kits cost £2.50 each. You need to buy your own basic ingredients, but it’s the kind of stuff that you would normally buy, like onions, chicken, and yoghurt so you either have it already, or it doesn’t go to waste if you buy it. I’d say each meal, for two, comes to about £5. That’s a lot cheaper than a takeaway, and a lot of ready meals. But what about just cooking from scratch?

There’s very little waste
I used to thumb through recipe books every weekend, planning the weeks’ meals. Problem was that I’d buy a jar of spices, only to use a teaspoon. It was expensive, and wasteful, but I thought I’d got the hang of it. Instead, I had kids. Simply Cook includes three pots of perfectly portioned ingredients, so you always have just enough. And this means…

You eat lots of variety
I got into the habit of having the same seven dinners every week, at least one of which was an expensive and unhealthy takeaway. I stopped enjoying eating, and I/we should be eating plenty of variety for our health. Now, the box arrives containing four recipe cards with detachable fresh ingredients lists, which each contain a handful of different things I need to add to my shopping list. It’s easy and…

It’s so tasty
Genuinely. We look forward to simply cook nights, especially when it’s Tamil Black Pepper Chicken. You can either choose what you want in your next box on their website, or leave it to them to surprise you.

What’s the deal?
You can try your first box of four meal kits for £3, and then you can cancel, which I don’t think you will. After that you will receive boxes of four kits for £10 as frequently as you want. We started with monthly, but we bumped it up to fortnightly, and occasionally request the next box sooner.

Oh… And you also get a £5 PMP Bonus. Worth a try right? Bon appetit!

Make your money back with TopCashback

With the economy being the slight *disaster* that it is at the moment, saving money is more important than ever. We’re dealing with rising fuel costs, increasing energy bills and overall inflation, so how can you get some money back? … Read more

I don’t know about you but I’m mad about dogs! I always have been and always will be. You’ll often find me perusing social media for cute dog videos, or cat videos – pet videos really. … Read more

I love magazines but nowadays find them to be overly expensive, bulky and fragile. This is where Readly comes in handy: it’s an app that lets you access more than 4,000 magazines on tablets and smartphones for a fraction of the cost of a hard copy – and this summer they’re offering TWO months unlimited reading for just 99p. … Read more

The Netflix for Magazines

Before the internet, we had magazines. Remember? Well, they’re still here and, as well as being printed on paper (the stuff you find in toilets), they’re available digitally. Readly … Read more

Your energy supplier is ripping you off. Get your own back.

Another week, another price rise. Such is life. It’s the nature of the energy bill beast. But why? Since when did we become so beaten down by rip-off tactics that we all surrender our cash and give in? … Read more