Angela Evans, a diagnostic radiographer from Bolton won £10 on the stockpot, which was added to her bonus of £70.55.

Although, Angela didn’t take the £80.55 for herself! Instead, she used the Double and Donate scheme to have her winnings doubled and sent to a charity of her choosing. In this case, it was the MicroLoan Foundation that received the £161.10.

MicroLoan Foundation provides business loans and training to women facing poverty in sub-Saharan Africa, such as Zambia, Zimbabwe and Malawi. 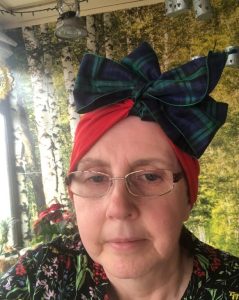 Chris started the Double or Donate scheme in 2013, which allows members to donate to a charity of their choosing and they will double the winnings. We’ve given away a total of £27,462.22 to various charities so far!

The 60-year-old has been a part of PMP for a few years and regularly checks all the draws on site.

When asked, Angela said: “I was really surprised when my postcode came up on the Stackpot and almost missed the draw.”

“Whilst I never thought I would win anything, I was always lured in by the thought ‘I have as much chance as anyone else’.” And it’s a good job she did or she wouldn’t have managed to donate her winnings!

“To those who think PMP is a con – why could you possibly think you’re being taken advantage of when this costs you nothing and you could win a good sum of money free of charge, numerous times a day?”

“This surprise windfall meant that a significant sum could be sent as a gift from myself and PMP, not having cost anything more than a few minutes of my time.”

There are 17 opportunities every day for your postcode to come up. Angela is just one of the many lucky winners in Bolton, with the winnings of residents there totalling £9,709.97 since 2017.

Would you double and donate if you were lucky enough to win, and which charity would you choose?

Congratulations and thank you, Angela.

Our Biggest Winner Ever!

Diane from Somerset has won the biggest pot in Pick My Postcode History! … Read more

We’re horrified about what’s going on in Ukraine, and want to do what we can to help. We want to hear about how you’re helping, and remind you about our Double & Donate scheme. If you win and donate, we will double it … Read more

Hats off to our Double & Donaters

Since we launched we’ve donated over £24,000, mostly through our Double & Donate scheme. Winners are given the option to double their winnings if they agree to donate all of them to a UK registered charity. A very kind few take us up on the offer … Read more

Would you Double & Donate?

After the spending mania of Black Friday and Cyber Monday today is Giving Tuesday, a global day of giving, so we thought we’d remind you of our double and donate scheme and tell you about a couple of recent winners who have generously donated their prize money to charity. … Read more